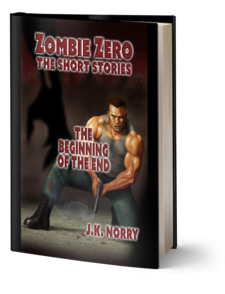 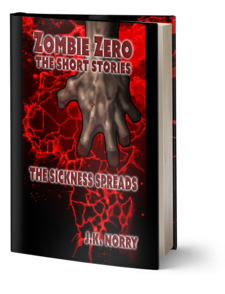 When polite society becomes a thing of the past...

Ian’s Shame has become his whole life. He used to be a pretty stand-up guy, until he got hurt. After the pain went away, Ian kept trying to get more pain pills. You should see who he hangs out with now.
Michelle’s Luck has kept her alive through the looting and the chaos. Now that the monsters have crossed the pond, can it help her survive the zombie apocalypse? Michelle is hoping so; it’s all she has left.
Monster Breakup might be a good metaphor for many ugly separations. In Allen’s case, both the monster and the separation are quite literal. It’s time he learns that zombie love is seldom a sweet entanglement. 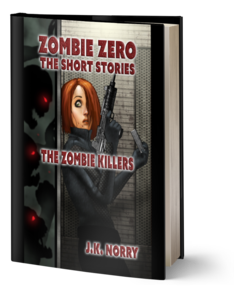 Volume 2: The Beginning of the End

Hope dwindles as the world dies…

Prologue Prequel is a memory from the mind of a certain general that first encountered zombies years ago. When a top secret experiment goes horribly wrong, only he stands between the world and outbreak.
John’s Stones are his last chance at redeeming himself. Caught between the world of humans and the mind of the monster, John might be able to make a difference; or he may be throwing stones at a hurricane.
Tina’s Bedside has become a place for her husband to sit and watch her grow old. The zombie apocalypse requires his attention more than she does, and Tina finds her own grim solution to the problem.

Each volume contains three related Zombie Zero short stories, insight into how the world of Zombie Zero came to be, stories from Jay's past as a reader of pulp magazines, and tidbits about working with artist/illustrator Sean Harrington.

The zombie apocalypse is exactly what they have been training for…

Julia’s Family is a unique bunch. They are not the people that have the same blood running through their veins as her; for Julia, her team is her family. Their entire lives have been dedicated to facing this day.
Lisa’s List used to be full of all kinds of things to do. With her focus narrowed to just one item, she’s convinced it will be done. Lisa knows more about zombies than almost anyone; she has a lot to learn.
Leo’s Heart is not something he wears on his sleeve. No matter the circumstances, Leo is best known for keeping his cool. Of course, this is the first time he has actually faced a full-on zombie apocalypse. 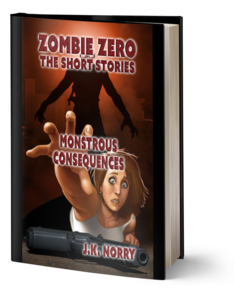 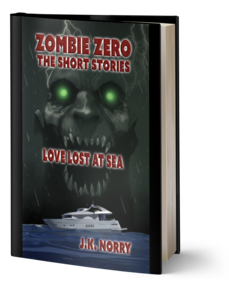 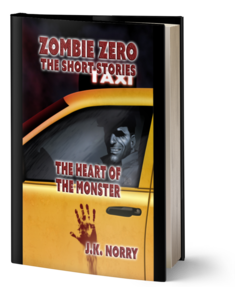 Volume 6: The Heart of the Monster

Frank’s Purpose is very clear to him. He doesn’t know whether his wife brings him more joy, or his son; and there’s no need to decide. All is right with Frank’s world…until everything changes for him.
Maria’s Hero is always home from work on time. When he doesn’t show, she knows that something is terribly wrong. Her only hope is to keep it together, and try to save what is left of her family.
Carla’s Prayer gets interrupted by shocking news. She was asking for guidance, for the best way she could help; what she got was a zombie apocalypse. Now almost everyone needs help from someone.

As terror claims the land, hope drifts to the water...

Kirsten's Dream is both simple and impossible. Faced with a startling new reality, she runs away to camp out on a docked yacht. While she sleeps, the boat sets sail, and Kirsten's dream ends on the ocean.
Chelsea's Cry resounds across the open sea. Happily and completely in love, Chelsea sees the zombie apocalypse as a vacation without end. Her joyful cries of freedom carry for miles over the empty water.
Nick's Mission has changed over the years. From the time he was a little boy, Nick knew he would be in the navy one day. It never crossed his mind that he might end up on a ship full of zombies.

As the world gasps its last breath…

Crystal’s Cough has been getting steadily worse since she first felt it tickle the back of her throat. She had dreamed of going to Africa her whole life; now Crystal just hopes to survive the flight home.
Barbara’s Trip can not end soon enough, in her opinion. She travels a lot for work to build a life and a future with her husband. While Barbara is busy making other plans, the sickness begins to spread.
Stan’s Sniffles have kept him home from work for awhile now. It’s time to share his secret, and accept some changes, and Stan knows it. What he doesn’t know is that the whole world is about to change as well.