Fall of the Walker King

An explosive end to the Walking Between Worlds trilogy.

Heaven is in turmoil over the war being waged below. Hell is a ravaged wasteland, its beauty lost to all but ancient memory. Earth is trapped between, unaware of the army of supernaturals battling for their souls. A champion emerges to lead them, and to search for their lost king. His new student sees the timeless art of dealing with demons in an astonishingly unique way; it makes William question everything he is supposed to be teaching the warrior apprentice, while battling day and night to save the way of the Walker.

Ruling from their lofty perches, the angels have long since lost their way. They want control of everything, and will stop at nothing to get it. Barely an army, the remaining demon hunters dodge plots from above and fire from below in their hopes to secretly save the worlds they walk between once more. The dragons that reign in Hell have grown more brutal over long centuries; when one queen fell, a more fearsome dragon took her place. It will take more than one miracle to stop her from setting all the worlds aflame forever.

​Click on the book cover to read the first four chapters​ 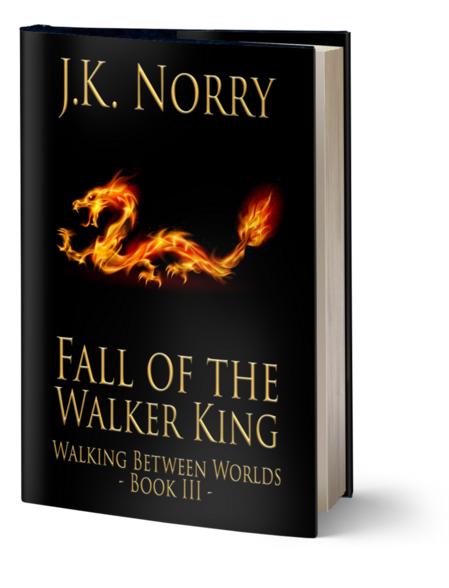 "...This trilogy needs to grow on you from first to last, but once that growing has begun, you'll not want to put the books down. Believe me when I say to you that 'Go to hell' has a new meaning." -- Michael R. Stern, author of the Quantum Touch series